Condoms are just part of gay life. And if condoms are going to work for you, you have to make sure you do what’s right for them. Here are a few tips to make sure that you’re treating your condoms right so they wont fail you when it matters.

Don’t use them with spit or any kind of oil lube- They are much more likely to break because spit dries up too quickly and oil actually dissolves latex condoms- seriously. Only use water or silicon –based lubes like ID, Wet Stuff, Liquid Silk or any other brand.

Don’t keep the same one in your wallet for ages- Condoms have sell-by dates. Check it before you whack it on or it could break. If the same condom has worn amark into your leather wallet, then it is probably time to change it (and to devise a new dating strategy).

Don’t wear them out- Condoms aren’t made of steel (because that would be really uncomfortable obviously) so if you are having a marathon session…well first of all we don’t really want to hear about it you lucky bugger, and secondly (and more importantly)change it every half an hour or it could wear out or break.

Don’t stretch them- it’s a condom, not a jumper/sweater, so don’t try to pull it over your ‘head.’ Roll the condom down your cock instead.

Don’t use more than one condom at once- It’s not twice as safe. In fact, it makes it more likely that they will break or fall off. And it’s a waste of perfectly good condoms- it’s the age of austerity, dammit!

Always make use of condoms

Using condoms for sex is the best way that you can reduce the risk of contracting infections. Condoms come in different shapes and sizes- and the first step is to find one that fits you properly and feels comfortable.

Condoms are available in a variety of materials. Most are made of latex, its possible to have an allergy to latex, in which case you will feel sore after sex.

Always check the expiry date – condoms are more likely to split when old- and make sure that it has a ‘CE’ mark, which means that it has been checked and tested. Some guys have been known to wash condoms and reuse them- don’t.

Condoms can split, most common reasons are that some men didn’t know how to use it properly, or used a wrong size, or used the same one for too long, or used saliva as lubricant, or didn’t use enough lubricant.

Some guys use the female condom, which is sold under the brand name of Femidom. This is a type of condom that’s is made to go inside the vagina, but it can be used inside the anus too. It has a small inner ring and a large outer ring. It can either be used as an extra-baggy condom or fitted inside the anus before you start to have sex.

A few weeks ago I found out that I’m HIV-positive, I’m only 24 years. I guess I’ve done quite a bit of soul searching since then. 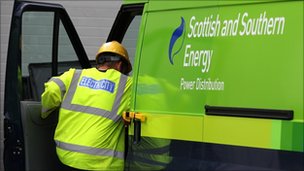 Energy companies should compensate customers who have been mis-sold gas and electricity deals on the doorstep, aninfluential group of MPs has said.

11 Feb 2011- Botswana- The Deputy Speaker of the Botswana National Assembly, Mr. Pono Moatlhodi, shocked many people at a recent meeting organised by the Botswana Network on Ethics Law and AIDS.